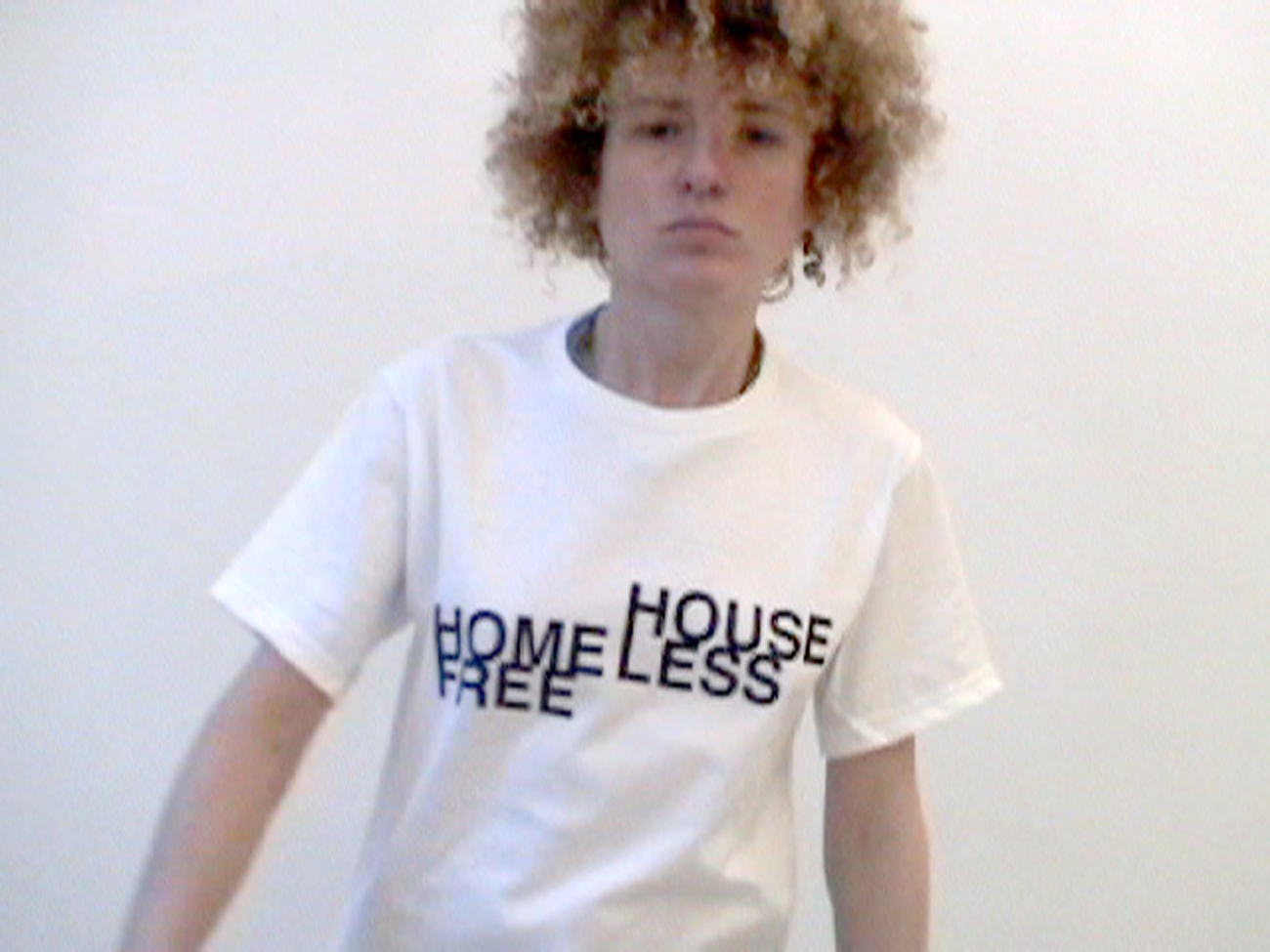 HOMELESS- Proposal for amendment of the word “Homeless”

“Homeless” Home is a spatial and a mind condition used only to qualify space.

By “homeless” we understand a person who doesn’t have a place to live (house/room) The word “homeless” shouldn’t be used to describe the lack of space to live. The fact that the mental and physical conditions of not having a place may overlap in some cases doesn’t imply that the word “ homeless” can be used indiscriminately and specifically to name the lack of house or room: that is “houseless”. One can have a house and still be homeless, with no roots, no place. Instead of homeless, to be precise this word should be houseless, but it is not, because it refers to a mental and metaphorical condition at the same time as a physical one. This lack of precision refers to the impossibility to differentiate between a spatial condition and a state of mind. We are not only where and when we are, what we think, and what we do, but also where and when we are not, what we don’t.

“Homeless” is a “negative word definition”

In English, certain names do not have a specific word for them, they are defined by its absence, made out by following the name with suffix: less that negates the name, like in “homeless”. In Spanish vagabundo is a person that goes from here to there with no clear direction, program or plan. To be a “vagabundo” ( English: “vagabond”) has a negative connotationbut also a positive one: be free from roots obligations and space, travel light, be free. There is sadness on the less. “Homefree” should be included in the dictionary but will not because of moral values applied to words like: home , house, and domestic.

“To be” defined through “to have”
Furthermore the word “homeless” define a person not from what this person “is” – an existent, a condition a quality, but from this person “has”. One is what one has, and if one doesn’t have then one is not.

In consequence of the 3 arguments above, the use of the word homeless is incorrect and needs to be amended, options are: houseless or homefree

Homeless, noun :   someone with no housing